I watched 13 Reasons Why (Netflix) with my kids. 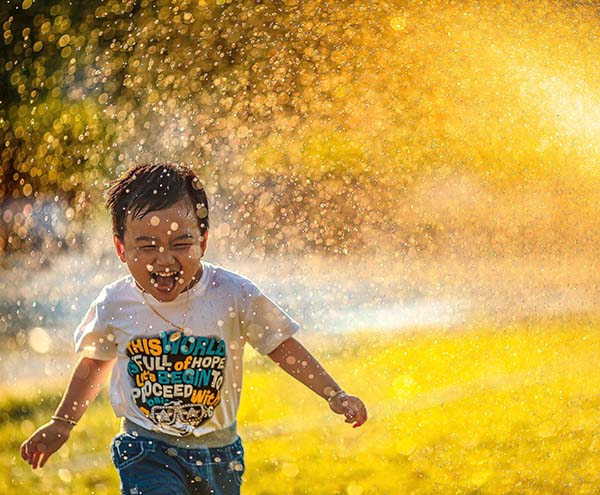 I watched 13 Reasons Why (Netflix) with my kids.

I heard a lot of controversy about the Netflix series 13 Reasons Why before I even became aware of its existence (or even considered watching it). The reactions from media commentators and from schools peaked my interest. As a psych, I am always interested in psychological issues that “create a storm”, particularly pertaining to adolescence. As a regular facilitator of mental health awareness training and as a mental health practitioner, I am always curious about media portrayal of mental health issues.

I watched 13 Reasons Why: not all the episodes, but 7 of the 13 (the ones at the beginning and the end which are the most powerful). And I watched it with my daughters (ages 15 and 12). They had heard about it at school and a number of their friends had watched it, and “loved it”. The media commentary that was written about it made me hesitant (am I exposing them to issues that may traumatise them??) and curious (what’s all the drama about??). I relented.

The verdict: Overall it was a powerful and engaging show. It’s aimed at the teenage market so there is a lot of “teen drama” that will annoy many adults. But I felt the series addressed a number of crucial issues head on, and promoted a lot thought and reflection (on my part as a parent and as a psychologist); and also some interesting discussion with my kids. A number of these issues are things often considered “taboo”, or at least uncomfortable to talk about.

Incidents of suicide in the community are not reported. As such I (personally) feel it prevents us from talking about this very real (and sadly, not uncommon) issue. I believe it is important for kids (especially adolescents) to have open conversations about suicide. 13 Reasons Why goes through Hannah’s analysis of events that facilitated her thoughts about ending her life. It’s confronting. But at the end of the series you have understanding of Hannah’s decision; and you also have an overwhelming feeling of sadness of how she was let down in her life. It clearly illustrates the responsibility we all have to each other around wellbeing and mental health.

If you haven’t had a conversation with your child about sex you will get opportunity to talk about allof it in this series. Virginity, consensual and non-consensual sex (there is a rape scene towards the end), homosexuality, sexual identity, mistreatment of women, sexting. While some of it is quite confronting, I felt it was handled well without over exposure or overly dramatizing the scenes. Adolescence is the life stage when sex and sexual issues are at the forefront of thinking, yet as a community we (still) seem very uncomfortable to discuss these issues. If we aren’t talking about it, the internet (or worse, the school yard) will be providing the sex education.

I had great friends as a teenager and young adult (some of them are still great friends). I also went to single sex (Catholic) school, so my experience is very different to the characters portrayed in 13 Reasons Why. However, an overarching theme in the series is friendship: what makes a good friend, the impact of the peer group; decision making and belonging/acceptance. The events portrayed in the series cause you to reflect on what it is to be a good friend; to have confidence to speak out about inappropriate behaviours; and bullying. Each of the characters (perhaps aside from Tony) are challenged with their behaviour toward their “friends”; and the authenticity of their friendship group. I hope it results in the adolescent viewers reflecting on themselves and their friends (would my friends stand up for me?? Would I speak out against the jock at school??). I think many adults would also struggle with some of these social issues.

There are a number of examples in the series of photos being group-messaged, rumours sent around via social media, and sexting. This generation faces this hazard which we previously didn’t have. It is scary and has the potential to be very damaging. We need to be ensuring our children are educated early about these risks. #thinkbeforeyoupresssend

As a parent, I strongly felt how fragile and vulnerable our teens are: how much they need (probably more than ever) our support and guidance (without being overprotective and punitive); how we may have to suck up our anger/disappointment to provide support. And provide love. And hugs. As Brene Brown (Social work researcher) stated in one of her Ted Talks: our job as parents in not tell our kids that they are perfect: but to tell them they are imperfect, and wired for struggle, but worthy of love and belonging.

One of the things in the series that saddened me the most was none of the teens who were struggling felt they could talk to their parents or other adult. The series stimulated a reminder of how important it is for all children and adolescents to know who and where they can go if they need help. As a teen, your parent is sometimes the hardest person to talk to. We need to ensure our kids know who their trusted adults are (ie parents of their friends, aunts, uncles, and family friends) as well as school supports (teachers, counsellors etc). In the series the school counsellor was particularly poor in regard to his response to the issues raised by Hannah and her peers (particularly in the counselling session with Hannah before she died). I felt it necessary to tell my kids that this isn’t what would happen in real life if you went to see the counsellor.

This show is not for everyone and I don’t think and adolescent should view it without an adult present. I do not feel it is appropriate viewing for primary school children. Maturity and social/intellectual capacity of your “tween” needs to be taken into account. The show does have sex (including a sexual assault scene), and the suicide is clearly portrayed (at the end of the series, which I felt was appropriate to context and despite the fact it was gruelling, it was incredibly powerful and delicately portrayed). There is violence (punching), and drug use.

Our kids are talking about and/or experiencing a lot of the themes that come up in the series. Whilst I believe 13 Reasons Why takes it to a dramatic extreme (they are gearing to a teen audience after all), the issues that the series covers are issues we as a community should be regularly and openly discussing with our kids. As parents we need to overcome our own discomfort and discuss. And listen. As parents/adults we need to notice our kids and listen. Noticing what is important to them, what is troubling them, what are they struggling with. And check in, even if you don’t get a positive response. We need to reflect on how we are responding to our teenage kids and ensuring they always feel loved and accepted by someone in their life.

Kath Polglase is a psychologist and parent, with a particular interest in leadership development, wellbeing, and positive psychology. Kath can be contacted at kath@kathpolglase.com

If you have any questions or would like more information about our services,
please feel free to contact us and we will get back to you as soon as possible.
get in touch